The Federal Reserve building is pictured on Tuesday August 6, 2019.

The Federal Reserve could soon pause in its latest rate-cutting cycle, and, depending on economic data and developments in trade talks, that pause could happen before or, more likely, after the upcoming October meeting.

Chicago Fed President Charles Evans, who had strongly supported the last two rate cuts, said this week that he saw no future cuts this year, though he’s willing to consider one if the data worsen. Dallas Fed President Robert Kaplan said he’s “agnostic” on future rate cuts. And Fed Chairman Jerome Powell, in a speech last week that many saw affirming the market’s view that the Fed would cut in October, pointedly said decisions are being made meeting by meeting and appeared neutral on future actions.

Fed Funds Futures trade with an 83% probability of a rate cut, but recent comments suggest there’s somewhat more risk to this outlook than is currently priced in.

In the Fed’s view, it has delivered three rounds of stimulus: first, it reversed course from planned rate hikes last year; second, it stopped reducing its balance sheet and began increasing it in step with economic growth; and third, it cut rates twice by a quarter point.

There may yet be a third cut, which could come in October or December, but the Fed will want to see what effects the current stimulus will have before continuing. Many have said they are willing to cut rates more if the data get uglier, but when officials say they see policy in the right place it suggests they believe policy has anticipated current economic weakness. 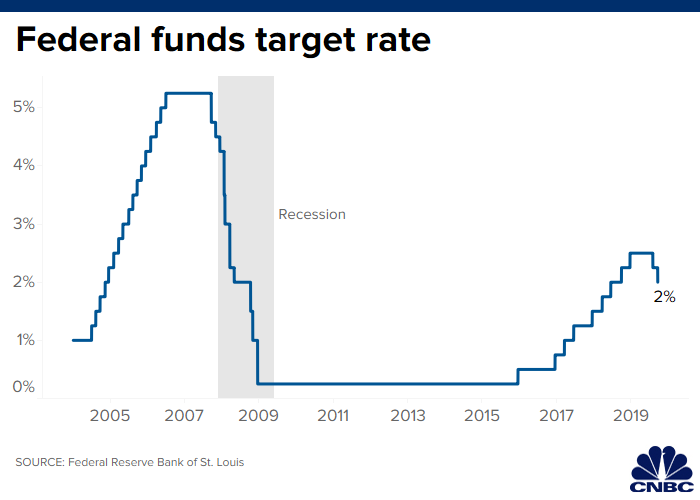 There are still nearly two weeks until the meeting and data could break decisively either way. Several additional Fed speakers this week, including Fed Vice Chairman Richard Clarida and New York Fed President John Williams, could support the market’s view or push back against its certainty. Williams speaks on Thursday.

If there is no October rate cut, the Fed could instead cut again in December or pause again. What happens with trade could be critical to Fed decision-making. Even a partial deal between China and the US could eliminate one of the most serious risks hanging over the US economy. But the Fed will also need to consider the possibility of another failed round of talks that could lead to a more severe slowing.

Adding support to the idea of a pause: The Fed is divided over the next move. A pause could give time for the data and developments to clarify the right policy.