If Amazon CEO Jeff Bezos were to unexpectedly die today, Washington state could expect an estate tax windfall of nearly $12 billion, raising its total annual revenue by more than 50% for a single year.

That’s according to a new study on the costs and benefits of an estate tax to states from Enrico Moretti of the University of California, Berkeley, and Daniel J. Wilson of the Federal Reserve Bank of San Francisco.

On average, they found, state coffers saw a tax revenue windfall of $165 million following the death of a Forbes 400 billionaire.

The estate tax is, in practice, a wealth tax imposed on the nation’s richest at the time of death. Its implementation has long been the subject of debate, with opponents maligning it as a “death tax” that causes the rich to flee the state. Twelve states and the District of Columbia have estate taxes. The states are: Connecticut, Hawaii, Illinois, Maine, Maryland, Massachusetts, Minnesota, New York, Oregon, Rhode Island, Vermont and Washington.

“Billionaires tend to leave states with an estate tax, especially as they get old, the study’s authors wrote. “But despite the high tax mobility, we find that the revenue benefit of an estate tax exceeds the cost for the vast majority of states.”

“Given the rise of wealth owned by those at the top of the distribution, taxes on large estates have a growing potential to significantly impact budgets of entire states,” they added.

Critics of estate taxes argue that if the rich can strategically move between states to mitigate their tax obligations, municipalities will “race to the bottom” to cut taxes and lure the billionaires from other states. Opponents claim that states could theoretically lose a significant sum in income taxes if enough billionaires decide to relocate to regions with lower or nonexistent estate duties. 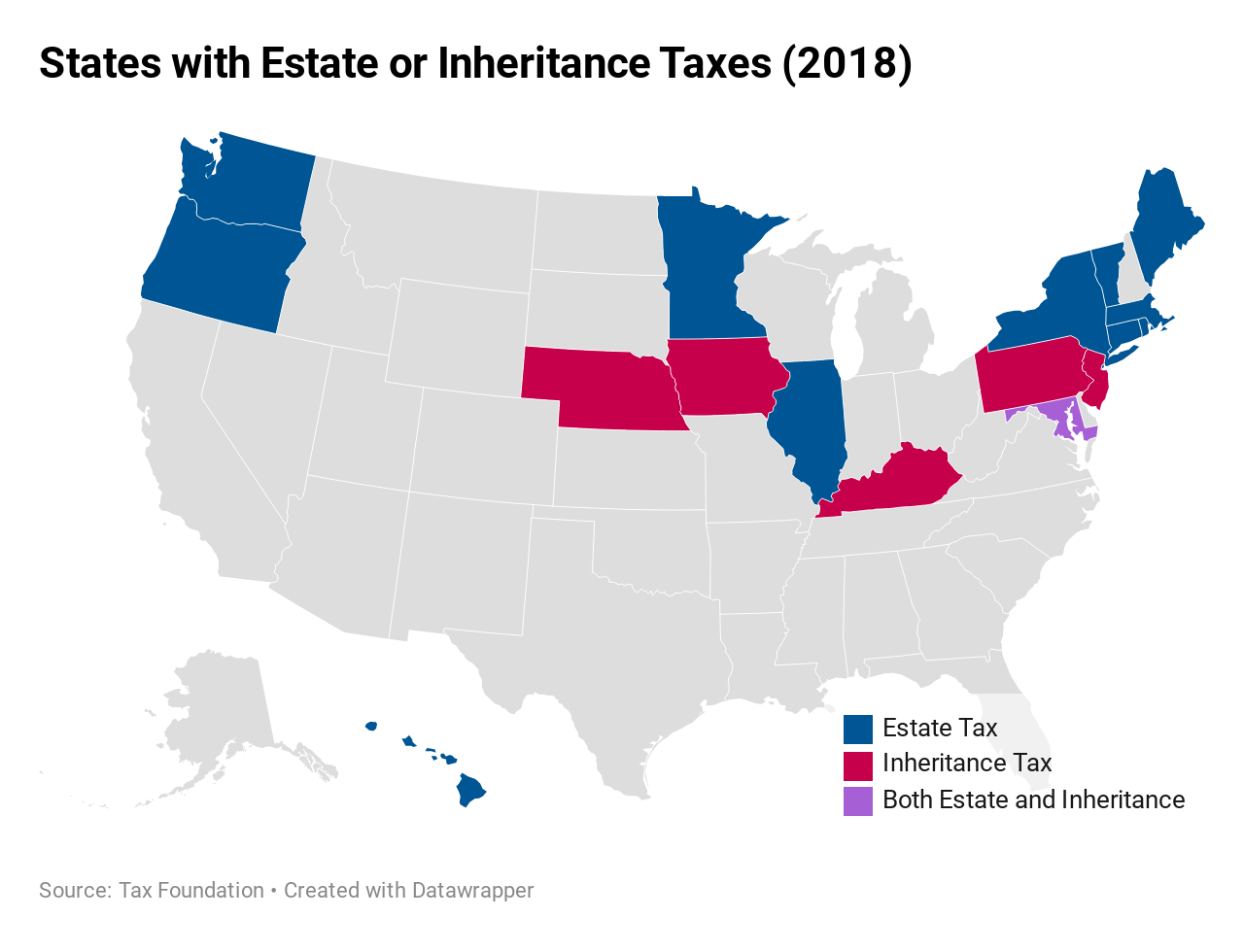 But Wilson and Moretti counter that, saying the benefits of reaping the one-time swell in estate taxes from the death of a billionaire more than offsets the typical revenue generated through income taxes for the “vast majority of states.”

For the average state, the additional revenues from an estate tax exceed the loss of revenues from foregone income taxes by 31%, the researchers found. A select few states with abnormally high personal income tax rates, such as California, would lose net revenues as the cost of losing a lifetime’s worth of taxable income exceeds the benefit of one-time estate taxes.

“While the cost-benefit ratio varies substantially across states, most states that currently do not have estate taxes would experience revenue gains if they adopted estate taxes,” the researchers wrote.

They said states that could see outsized benefits relative to foregone income tax revenue include Florida and Texas. Those two states, which don’t currently have estate taxes, would see net state revenues increase by $7.67 billion and $7.06 billion, respectively, in present value of revenues, Wilson and Moretti estimate.

In Arkansas, which removed its estate tax in 2005 and was home to just five billionaires in 2017, the lost income revenues total about half of what the state would generate with the average 16% estate tax, Moretti and Wilson found.

The death of Walmart co-founder James Walton in the mid-1990s and the ensuing estate tax rocketed Arkansas’ estate tax revenues 425% to $183.2 million, the researchers said. The recent death of David Koch is estimated to mean about $4.17 billion in tax revenues for New York state, where he lived, according to the study.

How to tax the wealthiest individuals in the U.S. has blossomed into a central issue for the Democrats hoping to challenge President Donald Trump in the 2020 elections.

For years, there was little incentive for billionaires to change their domicile state because they paid the same regardless of where they lived. The U.S. government before 2001 granted a federal tax credit to cover an individual’s state tax liability, which for the ultra-wealthy amounted to a full offset.

But President George W. Bush’s tax cuts phased out the credit and made a billionaire’s future tax liability much more dependent on one’s state of residence. Thus after 2001, the number of Forbes 400 individuals in estate tax states dropped an average of 2.3 billionaires from a baseline around eight, Moretti and Wilson found.

The two also noted that older billionaires are far more likely than younger ones to move or have moved to states without estate taxes. Moretti and Wilson estimate that from 2001 to 2017, a 40-year-old billionaire on the Forbes list had a 22% chance of living in a state with an estate tax. By age 70, the odds were only 14%.